It has taken me until now, roughly a month after my time in the Nevada mountains where I took the mushroom ally of Psilocybin, and had the medicinal experience, accompanied by a fellow ATWA supporter. It was during Stella Natura festival. I wish to share the experience, for recollection upon further use, and insight for others who are interested with working with this totem. 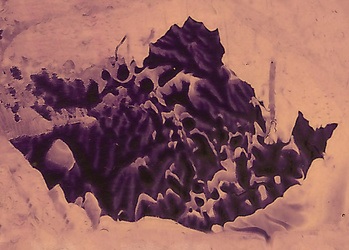 I was lying on giant boulders, and it seemed like my friends body was shifting deosil on the face of it, every time I peered up my head. The frequencies of the music were like seed sounds coming out of the universe itself, as if I could hear the movements of distant planets and celestial objects, whirring and spinning, and flashing. I didn’t really feel very social, and by the fireside, everyone had ecstatic faces, as if they were also heavily intoxicated, either by mead, cannabis, or some of the herbal tinctures that some were dispersing amongst us. Whenever I lay down on the stones, I could feel a pulling upwards in my torso towards the sky. The stars kept swirling as if dust, and re-arranging the constellations at will, some stars fading out of existence, others come out of the maw of the void. I wandered over to another part of the forest, and lay freezing and numbed on a floor of straw. I saw my friend come over me and ask if I was alright. I could not see the face, only a green shroud wrapped around him, and though he was one of the Viking brotherhood security. I was in a good place.

The gods came down, and I could see knights fighting, with trailing shadows brooding on them. A jar of Finnish moonshine was handed to me with a bird’s claw and flowers in it. I was drunk on the fermented plants and totally entranced by the aura that Arktau Eos was the medium for. Walking on the soil felt like a primal act itself, I could see prismatic multi-colored snakes slithering, and the detritus and cracks in the ground forming a great Runic puzzle in the soil. Each stave entwining with the other, shifted and turned to fit. After the show, I found myself chanting the entire futhark, the ether around me vibrating my very vocal chords and producing the galdr, then risting a Valknut into the dirt, and eating part of a stick that had fallen to the ground. I feel as if I regressed to an animal.