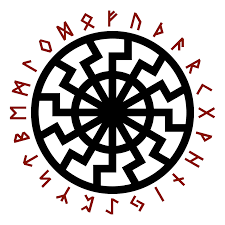 I rarely find the need to explain myself and my personal set of beliefs to others, and this is because it does not happen on a daily basis. No matter where you go, you will always be surrounded by other people who are alien to you, and for myself, living on the road constantly, forming clear and coherent relationships in a short amount of time becomes a giant of a task to accomplish. The force of tremendous burden I feel when interacting with the vast populus is astonishing. For I feel my words and meanings stifled and caged inside a potential arena of understanding. I am forced to alter the sentiments of my explanations to be compatible with the nullified minds of most societal members, who prescribe to a submissive language foreign to my own. When I hold verse with someone who asks me what my thoughts are on the world and its residents, I feel unable to react in a way that they may either find offensive, or impossible to comprehend with their small minds. But rarely, I do meet a soul who understands the language of mythology, and the mead of poetry and speech flows freely from the yawning gap of my wodened spirit. So I want to talk a little bit about this syntaxical tradition, of the story and the saga, cultured through my own mythology the way I know how.

The difficulty with suckling from the wolf of tradition that I belong to, is most of the time when I explain something, people either don’t know what the fuck I am trying to say or pass me for some kind of savage or dreamer. I want to explain a little bit about how I percieve my place in life, and the rest of the cosmos. Without too much flame and more fire, I see life as

a cyclical experience, in that it does not begin or end, and the collective well of human experience here in midgard will be known both by its ancestors and its descendants. Whatever thought slithered through the mind of some sea-roving Viking as he decided to leave his familiar home and sail west over unknown waters, purely to see what was there was a relic of courage, and perserverance. About a thousand years later, the same thoughtforms now come to me, and a pattern of existence re-wove itself into the fabric of my wyrdstrings. I see action existing in profane time, while experience existing in sacral time. What we do now adds to the summation of all past and present becoming because it changes the hamingja of the people we belong to, our family, our brothers, our tribe. I see time as a story, that can be pick up around a fire from any point in the narrative, and still hold the attention of its observers. Those I can call allies in this short fleeting existence, :k:now what there is to know, in a way that all knowledge is a tool for making oneself their own legend. Before one is a king, he is a peasant. The language will vary from culture to country, and people to place, but usually this alter-native code of communication is either enforced upon them by some backwards religion, or pitifully adopted from the dregs of this technological unintelligent epoch, where people can’t even speak to each other in person, or speak two sentences of proper English, because its all translated through digital memes, texting and bastardized words. The way I see it, is there is only one sun, but there are a thousand ways of calling the sun. This is an old Norse bardic trick, called a kenning. The symbols of the sun are many and it has a direct and lasting impact upon the ways we choose to approach our understanding of it, this is the very essence of mythology. For those who go beyond. 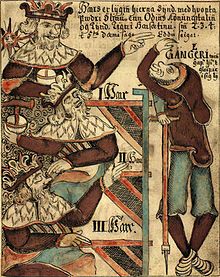 There is a section in the Havamal where Othin is giving rede to a young man, and says something like “Speak wise words, or none at all”, and I think there is some serious merit in that. Every bone, nerve and sinew of my body is made to serve my highest potential of becoming. We are the sharpened edge of the sword, the latest representatives of our race. We are also the anvil on which our lives are shaped, the hammer that works the hot metal into existence, and the strong hand the forged it from the furnace of our burning hearts. I understand the sounds of the Germanic tongue, and the sagas and stories that were preserved in the eddas and poems for example, and it is important for each man, and woman to have their own mythology in this life in order to thrive. When I talk about Odin, sure I am talking about a man named Odin, that lived and died as a mortal long before my flickering time, and that is inspiring to me, because in that, we share death in common. He was a man who made his name important, he saw the need that led to deed. When I talk about the Mead of Life or Jormundgandr, I am again referencing ideas that may or may not relegate to everyone in the same way, but also and more integrally, they are archetypes of united principles and psychological relics of what our ancestors believed in as well. They stood for something, again, they were important concepts. The way the :Runes: are like a periodical table of the spiritual and cosmological elements. Names and words do have exact meaning, but they are not bound to fact. Instead they must be inherited and sprouted with one’s own TRUTHS. Thor didn’t pull the Midgardsormr out of the lake because he wanted it for dinner, he did it because he is Thor, and proved that he could do better than any normal limited man. His ability is transcendant it represents someting above what is believed to be possible.

I see my time here as a responsibility, as my wyrd is tested and proven through direct action meeting will, fire and ice, consumation and gestation or reflection. These may only be my 80 years of budding life, as the living Ygg tree, while everyday I feed myself back to the serpent eating the roots of what I was yesterday, for today I lift my head through the canopy of the branches with the four harts and eat of the highest leaves, so I can grow, reap, rise and repeat. When I speak of myth, I speak of :M:an, and his place in life where he sees a tree, a woman, a wild animal, a tool, and he understand it to the core of his who he is, for when his universe chose to think of giants, trolls, Asgard and Ragnarok, it chose to think of him as well.

That language which a modern moden cannot penetrate, and science proves only to make a mash of, is the communication directly with our ancestors, through the shamanic knowing of the shared divine. I believe that our ancestors lived in a completely different world than us, one interpreted now through a mytho-poetical lens, and one closer to the supernatural and divinity. This mythological language is blurry to us moderns, but I believe that sentiment is carried even through the ages, and the language of our forefathers, of their gods and ways, is worthy of cultivation, as our current tongue becomes so far removed from the Germanic branching source, that remembers story, and the visceral connection with myth.