“the right of enjoying all the advantages derivable from the use of something that belongs to another, as far as is compatible with the substance of the thing not being destroyed or injured.”
Stemming from two words; Usus (use) is the right to use or enjoy a thing possessed, directly and without altering it.
and Fructus (fruit, in a figurative sense) is the right to derive profit from a thing possessed: for instance, by selling crops, or annexed movables, taxing for entry, and so on.
This is a concept of lawful use that I am intrigued in. With an interest to bring it into use in the modern age. Today, it is hard for a young aspiring farmer, craftsman, or community builder to get ‘back-to-the-land’, without either going in deep debt, or through volunteering to live on someone else’s land and work for them, vis-a-vis working schemese like wwoofing or workaway. The younger generation of people

20-35 just don’t have the money to afford their own land in the country, and it is not getting easier. This is one reason I took five years from my life to travel and see some of the world, earning my salt as I did on others farms before moving on to try something else. A constant journey of karma yoga, and endlessly starting over, until I eventually tried internships. This landed me on a farm for half a year, and grounded my nomadic nature a slight, but even this was never carved out to be sustainable, and led to me coming to a tree farm, to stay four seasons and have a deeper impact on what I started feeling comfortable calling home.
Home can take on many meanings, and I used to carry C.M.’s words with me ‘your home is here you’re happy’. This felt good enough, when for some weeks of my life I didn’t sleep in the same place twice, and tended to move with every moon, following work, and intentionally confronting a life that some would consider nomadic, or vagabond. If I was happy, then I might as well be at home with it all. Then I started to like some places more than others, and have preferences for some countries that felt more like me. Home then became, anytime I was in Scandinavian territory, and I sought out the mountains, vast forests, islands and fjords of these Viking lands that made me happy, and felt ‘homely’. Still, something else was missing, and the need to find land grabbed hold of me. I had read of the land-taking rites in the early sagas of the Icelanders, and had visions of past lives walking onto shore with fire-brands, to encircle a plot of arable land, making blot for the gods, and claiming the boundaries. That felt good, traditional and it catered to the mystical side of me, but unfortunately I could not just arrive on any given shore-bank or acreage of woods, walk around it with fire, call on the Gods and ask for the land. At least not in today’s age. So I remained with my longing for finding land. Could I buy it? Could I inherit it? How do I find a place where I resonate with, so I can start making something of it from the ground up. This is where the concept of Usufruct has come in. 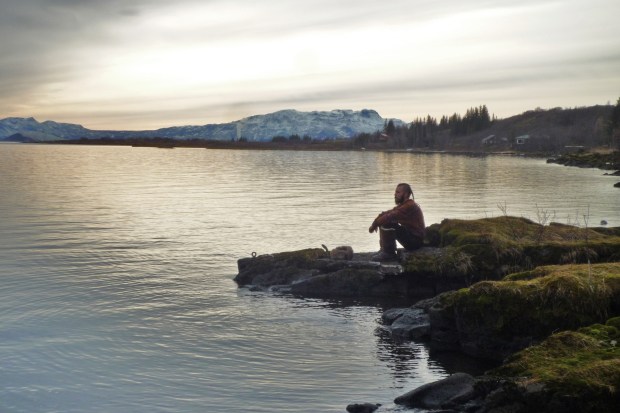 The idea is that people with the energy, investment and ability to use a land to transform it, or otherwise operate off it using its resources establish a relationship with landholders, whereby this becomes feasible. Land becomes available for others to produce, work, harvest, build etc. on it, because the owners can not do it themselves for any varying reasons; age, proximity to land, lack of community, more space than needed, interest in growth, and so on. These forms of trade are becoming more common and they seem to be a ray of hope in an age that makes it very hard for young people like me to live sane and healthy lives in the country, closer to wildness, and open opportunity for creativity.
Where I am currently farmsteading is an agreement in which this became manifested for the first time in my life. I could run a satellite business, running parallel to the main operation of the tree farm, in order to bring in alternative cash-flow that would compliment my main work. An exchange of labor, valuated at a monetary value would be given, in efforts, to offset accommodation, food, land and tool use. I chose to initiate a market garden/foraging project, and keep a small flock of exotic poultry. The gardens were built using permaculture principles, the chickens and guineas were brought on the land, seeds were bought and traded at seedy saturdays to build up a seed bank in the winter, and then sown into various production areas during the spring.
It worked for awhile, until it didn’t. When the politics of how the market garden would be operated did not cohere with everyone, personal intentions and lack of hierarchy created an unorganized effort, and without a strong mission, the horsepower was simply not available to garden at the capacity needed to maintain a market quota. Perhaps I simply worked with the wrong people, or my ideals of things were too unrealistic while working within the limitations we had. In the end, four separate spaces were created without a clear locus of operation or focalization, and I learned the lesson that democracy does not always work in the garden.

After all the hustle put in, and the investment of time, energy, and money, I picked up the shards, and walked back into the battlefield, planted a few things more, and created a different kind of garden altogether, not for market but for soil remediation. I started to put my energy into more places than just the garden; like curating a museum of art in one of the old farm buildings, planting several species of trees in the forest nursery, cleaning an old barn and setting up an outdoor kitchen in a carriage house, planting a small orchard and landscaping with rare coniferous trees, and foraging wild edibles from the woods and ponds on the farm.
Eventually I will change out of here, maybe in a month, maybe closer to winter,

these details are unknown, but the need for a project that can not only support me, but also potentially a family in coming years, or tribe. Living by the tenets of Usufruct, it could potentially be exported to another location, on a different farm for a much longer period of time. With the right people, it could grow a small company offshoot, maybe agriculture related, or something more industrial like a village complex. I have kept in mind the intention for raising Viking longhalls on a small acreage, raw land, or already partially developed. Off grid infrastructure, and alternative energy could be established, wood stoves, and saunas installed, and permaculture gardens, silviculture, and animals can function integrally into bigger systems of sustainability. These are broader brushstrokes, and plans of the future, that need a lot of effort, and people time. They may also require land outright, bought in tandem with several contributors, but the intentions remain the same. A place that does not simply become a place to live in the country, but a permanent community that passes from my generation, and becomes better and more refined with time. I have seen it done, and I know that 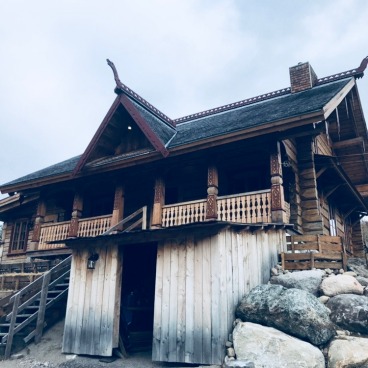 many of my readers have the same desires in their heart, so this is a medium for transmission to get it out into the open, that I am looking to start a new world, and these things are better done by the pack.
Those men and women with fierce dedication, trade skills, an industrious nature, strong ideation, and the perspicacity to work in ways that support the greater cause over the egoic self, should make themselves known, Write here
We need to raise new halls, grow our own food, and create the life that our young will inherit. High emotional intelligence, a well earned reputation and a strong dose of the mytho-poetic spirit will go a long way into investing in the community, and this is how it all begins, let us be the new inhabitants of the land!