The re:wilding sacred medicines project is branching off of other current work that I have been spending time with over the last few months in foraging, growing, and experimenting with wild and cultivated plants. On my return to Canada, (Kan-ah-dah) I collected a number of seeds for my supply, of which I intend to acquire more later in other locations when the need arises. Among them; Black Henbane, Toloache (Datura Stramonium), Syrian Rue (The Soma Plant), & Morning Glory, and a portion of dried Fly Agaric, though in fungal form, could potentially be buried if there are any live spores left. These seeds are a small bastion of indigenous north and south American herbs used by the Native North and Meso Americans, and Indians of the southern states. They have been held is sacred regard by the healing villages, and shamans of these cultures, for use against ills, and for magical reciprocation of one’s health, but exploitation of the earth and destruction of indigenously owned land has also taken many of these plants and fungi as 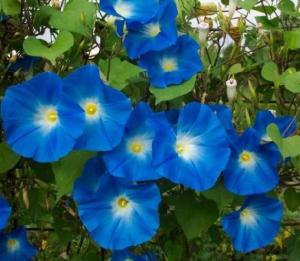 their victims, and they are now at serious risk, not only of their survival in the wild-erness, but of the loss to an elder way and spirituality because these have been so ingrained within their heritage, and culture, to live without them would be a small death to their folk.

My aim with these seeds is to find still wild areas where these plants and fungi would find it tolerable to seed, root, and grow, and re:wild the sacred medicines in the geographically fitting areas of the states and canada. Part of this project will also be doing anything possible to re:wild the areas these were once native to 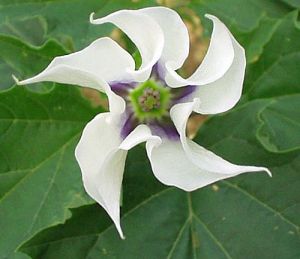 but may now struggle for existence from various factors such as invasive weeds, cemented trails, roads, overhunting affecting the fauna thus affecting the flora, pollution and rubbish, as well as human encroachment in delicated ecosystems. These 3 species and a small select few from the psychotropic variety, shall be cultivated back into the womb, by the hands of this author, and those kin who desire to assist.   This is a project of ATWA, Air Trees Water Animals, and it is a project of resistance because they are more than mere plants, green things that go unnoticed, they are emblems of a people, vectors to the gods and goddesses, and healing herbs for the human being. After these seeds are planted, they will be left to germinate, grow, and thrive in their natural land, tended by myself and others who wish to partake. Returning a pilgrimage to the place of the plant, a special ritual will be made in situ when they have come to their full propagated potential. Saving also any seeds for re-sowing. The process of preparing the plants shall be done at location, in the wild, drying in the sun, unearthing, cooking, or otherwise, before ingestion, through incenseous smoke, and the medicine pipe, or by other means when called for. These nights of rite will be dedicated strictly to the plant spirits, the people, the land wights, and the experience that befalls them. The intention shall come full circle in these  healing sessions, and repeated with the seeds from the new crop. This is the first chapter. As I will soon be tramping on to Georgia, Texas, and the southern desert states before settling for awhile in the Redwood Coast, then down into Mexico. These regions of the earth shall be the first grounds for re:wilding of these medicines, and more will be planted than mere seeds here. 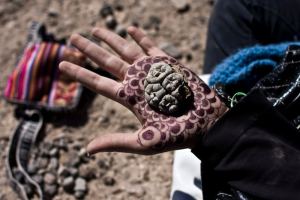